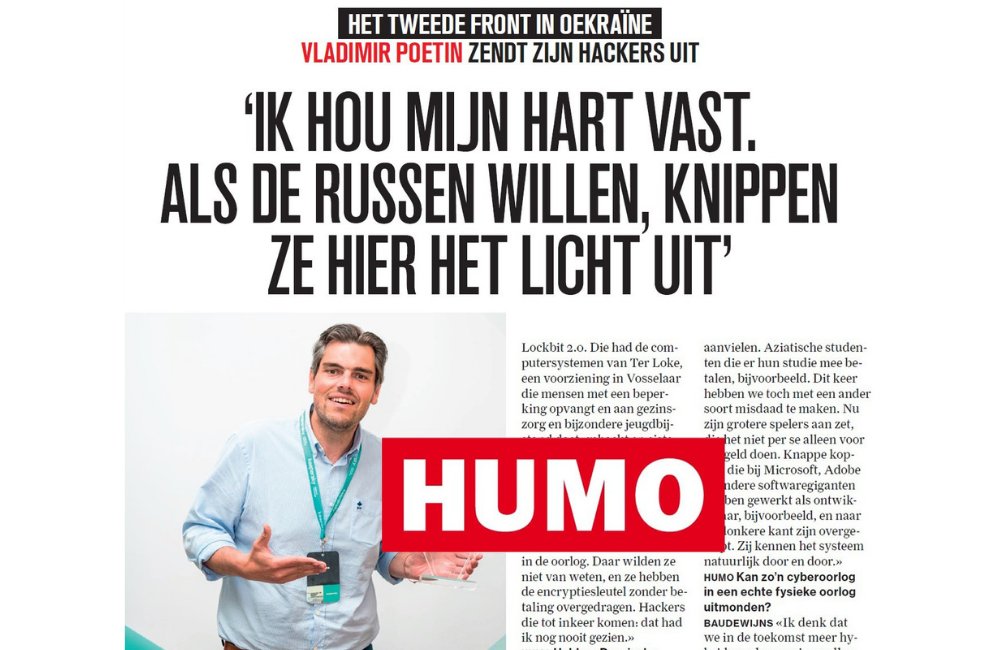 “If you see a Russian tank on the street in Kiev, you know Putin sent it. With a cyber-attack, you never know for sure who’s behind it,” said Geert Baudewijns, founder and CEO of Secutec, this week in the magazine HUMO. The article appeared after Russia invaded Ukraine and the West got involved with arms supplies and sanctions.

Baudewijns: “I think in the future we will see more hybrid warfare, where the two (cyber and real fighting) go hand in hand.”

“In the cyber world you have four world powers: the US, Russia, China and Israel. They sit at the poker table and hold their trump cards close. First and foremost, it’s about information: the secret services are all over this game, peering in on each other. Energy companies, water supplies, ports and power plants, bridges and locks. That’s where you’ll find malware from other states, but nothing else rarely happens with it. They can use that software, but they will only do so as a very last resort.”

“People have been warning for a long time that a war in the future will not only be fought with tanks and missiles, but also with digital weapons. Now, for the first time in history, we have seen a cyber-attack as the opening move of a physical war. It is also an incredibly powerful combination. Suppose a world war breaks out tomorrow and Russia wants to use nuclear weapons: then I can imagine that they will first want to cripple our military organizations.”