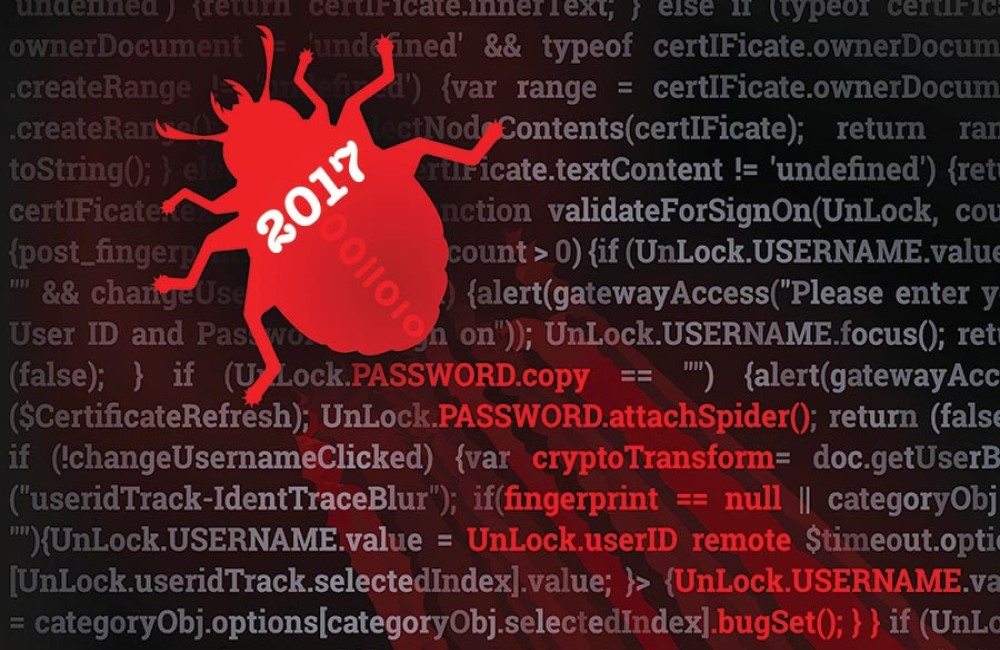 More than 14.5 billion emails laced with malware were sent in 2017 according to the annual Global Security Report by AppRiver.

Phishing and Malware Attacks: AppRiver observed a 1,000 percent increase in phishing efforts, including those tailored to gather user email login credentials, followed by an unparalleled spike in malware attacks launched from the compromised email accounts of users across all services, including Office 365, Gmail, Yahoo and AOL.

Ransomware: Many new strains of ransomware arrived in 2017, including Cerber, Jaff, Nemucod, Spora and Petya/NotPetya. Some of the most prolific included:

What’s ahead: discover the predictions for 2018!